ALL STUDENTS WILL GET AN OPPORTUNITY TO DO THE WORK IN FILM AND SERIALS DURING THE COURSE PERIOD.

IME have designed this course in Film Making. This Course is a program of study designed to groom students for the position of Assistant Director. The course features an entirely practical approach equipping students with a keen understanding of storytelling and enough hands on experience in character development and actor direction to become a valuable asset to the Director's team. Students will learn how to generate ideas within a dramatic framework and how best to apply them from initial concept through to story structure, scriptwriting, dialogue and their successful reproduction on screen.

COMPREHENSIVE COURSE OF FILM MAKING for the Academic Session : 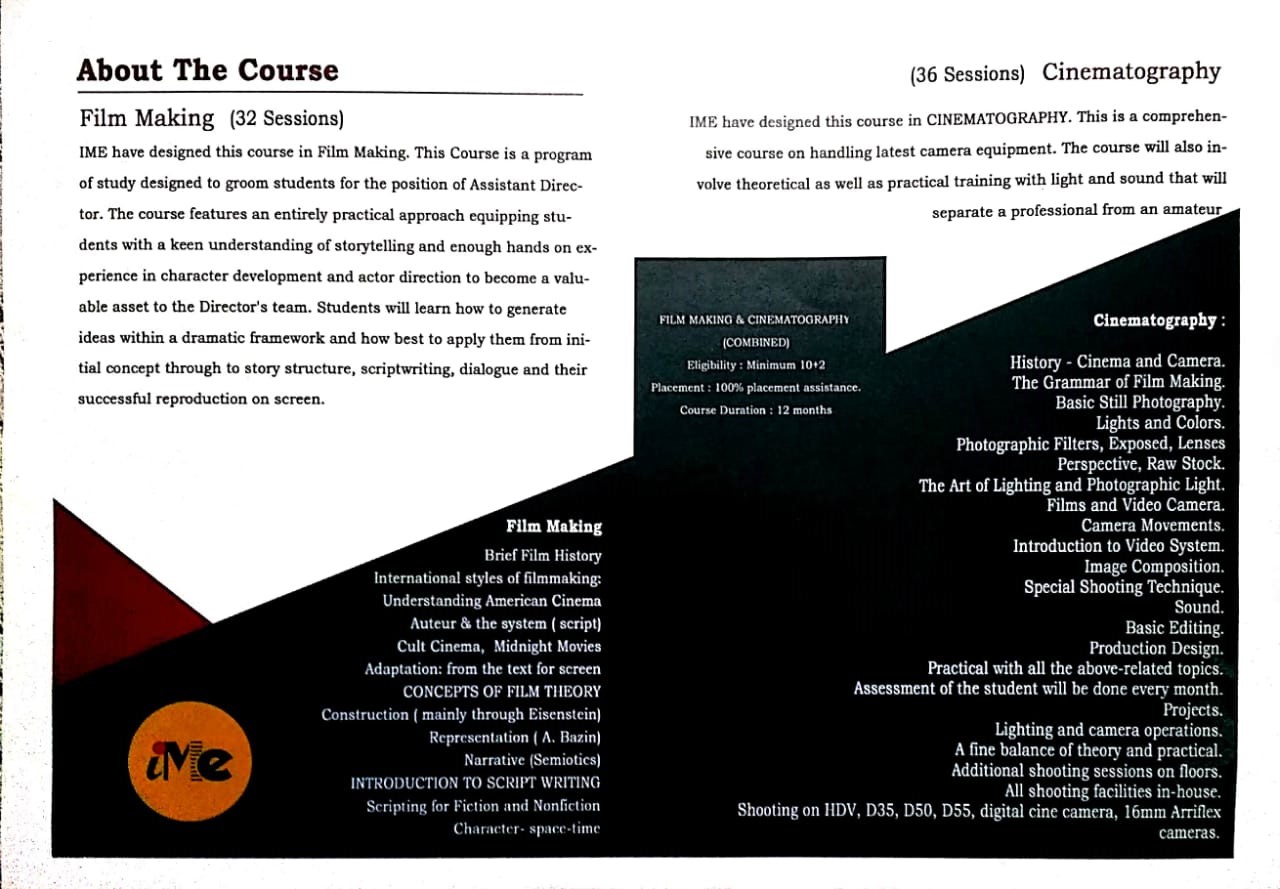 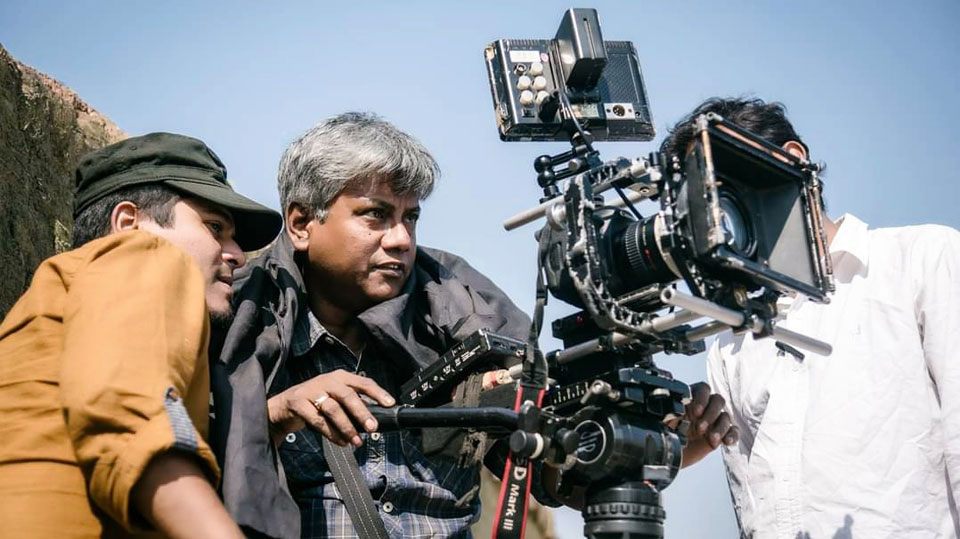 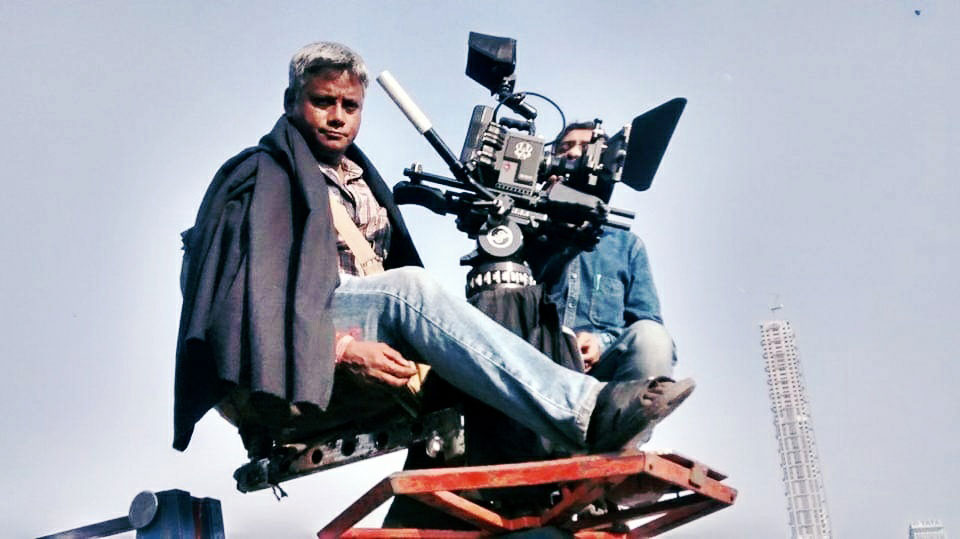 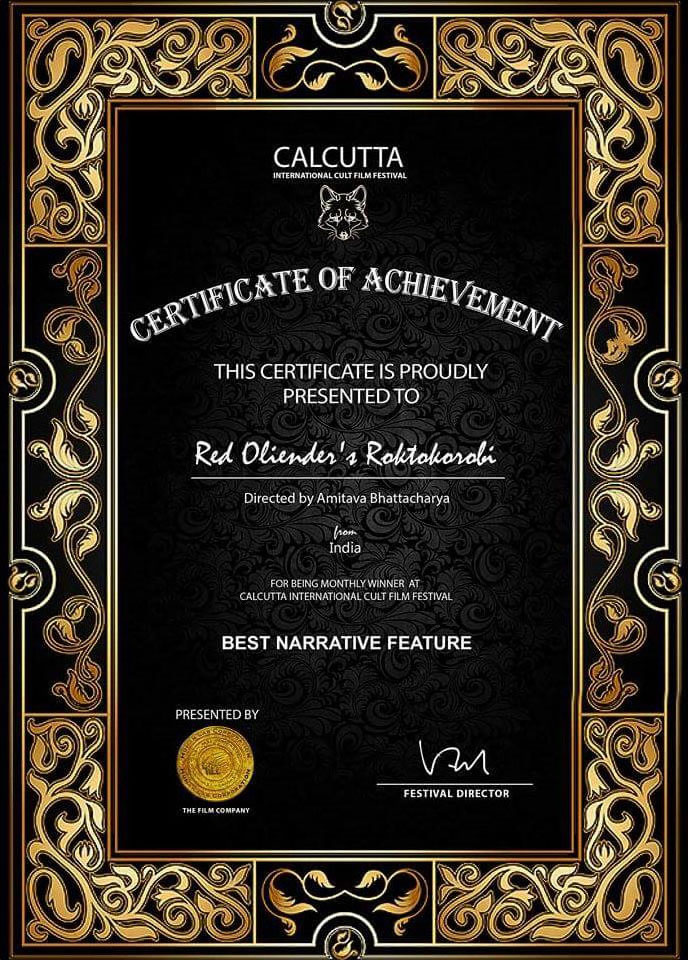